Education Services Australia welcomes the Government’s announcement that it will expand the Early Learning Languages Australia (ELLA) program to more Australian pre-schools and introduce this successful program into 300 schools.

“The expansion of the Early Learning Languages Australia (ELLA) will benefit children across Australia by introducing them to the excitement of learning a new language” Mr Andrew Smith, CEO of Education Services Australia said.

The Australian Government has committed a further $11.8m over three years to double the number of preschools accessing the program to 5000 and to make the program available to children in the early years of schooling.

“ELLA is a digital, play-based language learning program for children in preschool. The program has helped over 80,000 children in 2500 Australian pre-schools become more comfortable with different languages and establish a life-long interest in learning a language.”

The program is designed for use by educators who do not have formal language training and extensive support, training and resources is provided to assist educators in the effective delivery of early language learning and cultural awareness.

“Independent analysis reveals the unprecedented success of the ELLA apps in introducing new languages to preschool children, in raising awareness of other cultures and in engaging their interest in learning different languages.”

“Three out of four educators reported that ELLA increased their confidence in incorporating language learning into their preschools and 90% expected children to demonstrate an interest in learning a language in later years of schooling.”

More details about the program can be found at www.ella.edu.au.

ELLA is delivered through a series of play-based apps on tablet devices, supported by a helpdesk, workshops and a website with support materials and reporting. Educators do not need to have previous knowledge of the language, or experience in delivering a language program. ELLA employs a co-learning approach; it inspires children and educators by driving a genuine interest in a new language and culture.

An expansion of the program aims to continue ELLA as a sustainable program in preschools beyond 2018. It includes:

Education Services Australia managed both the educational and technical solution for ELLA. 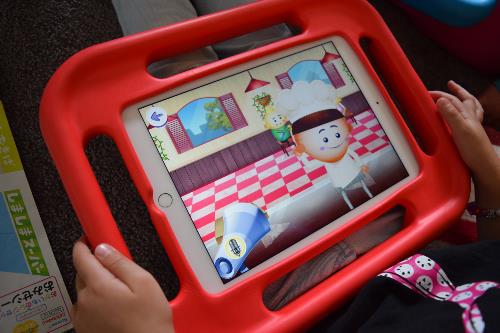 ELLA showcases ESA’s expertise in developing high quality and effective tablet applications for preschool children. The apps have been developed through careful and thorough project management and close engagement with key stakeholders including the Australian Government Department of Education and Training, Millipede (the app developer) and subject matter experts in the ELLA languages.

ESA can deliver educational and technical solutions for your project. Email us at enquiries@esa.edu.au for more information.